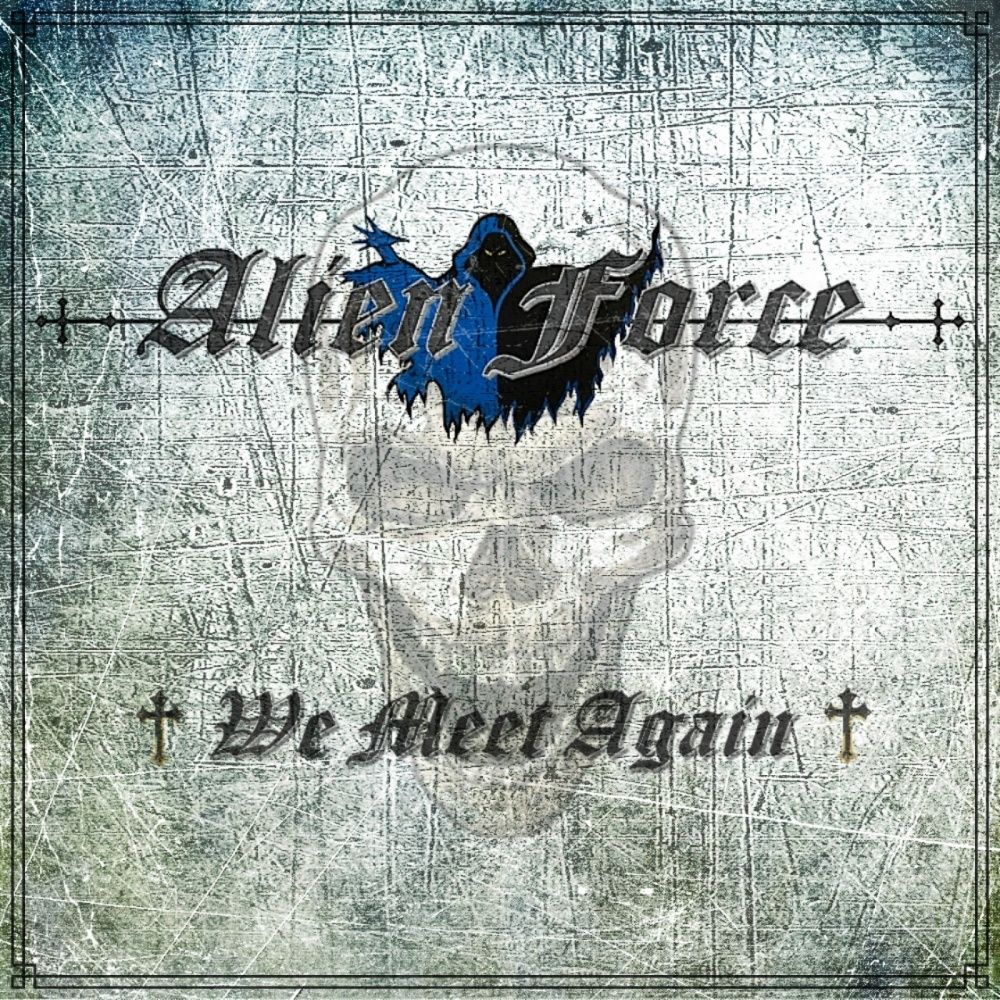 The wait is over. Finally, classic heavy metal merchants ALIEN FORCE broke the 35-year silence since their last studio album and finally released a new collection of songs. “We Meet Again” is the eagerly awaited new Alien Force studio album, and it doesn’t disappoint: it’s melodic, it’s tight and it bears that classical sound that made the Danes a band to be reckoned in the international scene. Few bands could hold the pressure of three decades and a half of accumulated expectations, but Alien Force do it in spades!

Up through the 90’s it was difficult for the band to hold their breath and try to survive. Band members were replaced, the name and style changed, but it was all in all a difficult period and the band decided to stop after playing at many festivals and club gigs. In 2008, the band was invited to play a reunion concert in the famous rock club The Rock. The concert was a great success and Alien Force once again got blood on their teeth and not least the desire for metal back. Shortly after, the band entered their home studio with new energy and new ideas for songs and got more invitations to play festivals again, but unfortunately their guitarist Michael Wenzel lost his life to cancer and it was a great blow for the band again.

After a long break, in 2018, Alien Force was invited to play Keep It True, one of Germany’s largest underground metal festivals. Alien Force presented themselves with the original line-up from the “Hell And High Water” album and the concert served as a turning point. The band met fans from all over the world, who welcomed them with open arms and showed the band that they have a loyal fan base larger than believed.

In 2020, Alien Force hits the studio again, inspired by the many concerts in Europe after the Keep it True experience. Together with Peter Brander in Media Sound Studio, they have recorded ten new songs ready for a new album, released by From The Vaults, the new trad heavy metal label with an A&R team composed by Michael Stützer (Artillery), Tom Noble (Tygers Of Pan Tang manager) and Kim Vestergaard (Artillery manager). The title of the album says it all: WE MEET AGAIN.

“We Meet Again” is out now on vinyl, CD, and digitally via From The Vaults.