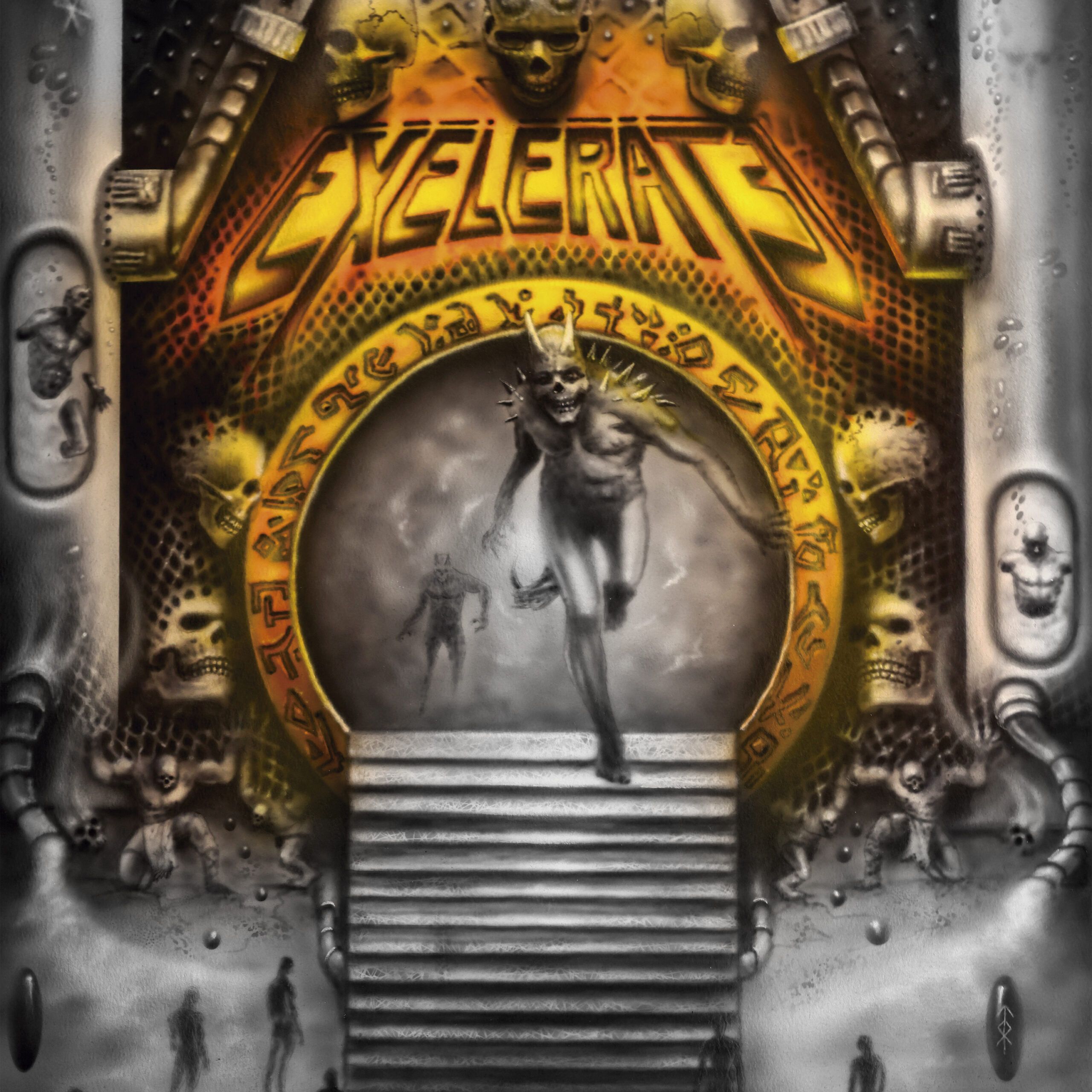 EXELERATE is a power thrash metal band from Denmark. They play fast and aggressive riffs combined virtuose guitar solos and high-pitched vocals to create a new, yet familiar brand of metal. They quickly found strength in combining their individual music influences to create a mix of thrash, power and prog metal. It set the stage for the aggressive, but still approachable sound and the complexity of the compositions that all of their songs are made of.

They are inspired by bands like Megadeth, Anthrax, DIO and Dream Theater and make heavy use of both the traditional and the new in metal. They have a great focus on how their music is perceived in a live situation. “It’s in a live environment you get the chance to grab new listeners by the collar and show them how it’s done”, lead singer Jensen comments. “They need to be enticed, inspired and spoiled until they can’t get enough. It is therefore important for us to give them something to latch on to, like a catchy melody, a fantastic solo or just a massive breakdown. It’s all a part of capturing the audience’s attention and keeping it”.

Exelerate is now in full swing and ready to release their debut album under the Danish label From The Vaults. The record consists of new and original material, designed to showcase just how metal should sound in 2023. It’s a concept work where every track tells a story about humankind’s tendencies towards both dominance and submission. The themes go from old religions to contemporary ideology worship and even further into the ultimate submission to our own mortality.

“To date, these are the most ambitious compositions I have ever been a part of writing, and I am incredibly proud of the end result”, Jensen says. “It has taken up many hours, days, weeks, years in the rehearsing studio, and the entire effort is realized in full on the album, I think”.

“Exelerate” was recorded with the help of, among others, Casper Augustenborg as the drum recording engineer and Io Brix Klarstrup, who pulls double duty as both the band’s bass player and recording engineer. The skilled hands of Marco Angioni (Angioni Studios) have made sure that Exelerate sounds better than ever, with a new massive sound that the listener easily can let their face melt away to.

The album’s artwork was made by the danish artist Steen Jensen who, with his airbrush and proclivities towards the dark and strange, has made a surreal visual universe inspired by the opening track on the album “Arrival”.

As a classic old-school heavy metal band, Exelerate will proudly begin touring with its debut album in 2023.