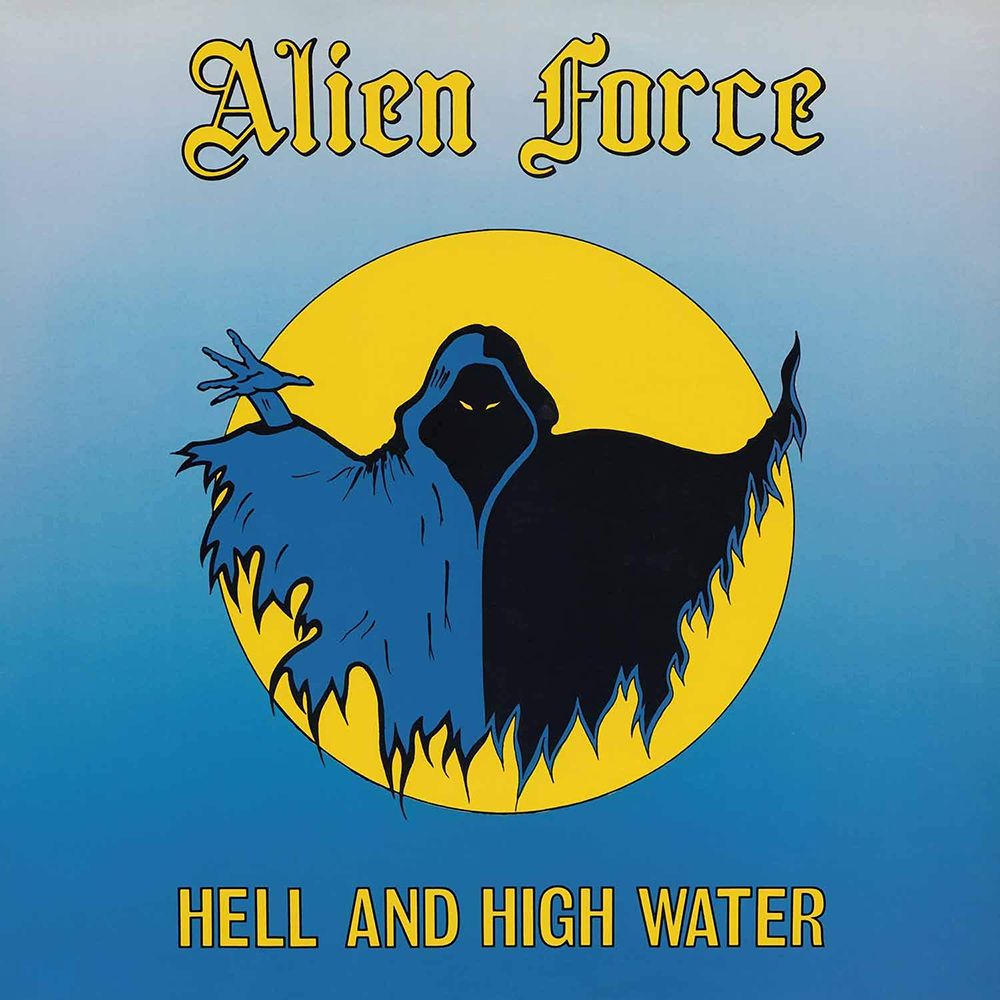 In 1985 the band changed its name to Alien Force and with a record deal with Telaeg Records, released their first LP “Hell And High Water”. The record is nowadays a classic in the NWOBHM underground, being reprinted several times. Tracks from the record are still used for the live concerts the band plays.

Now, for the first time ever, “Hell And High Water” are available digitally, in all relevant streaming platforms.