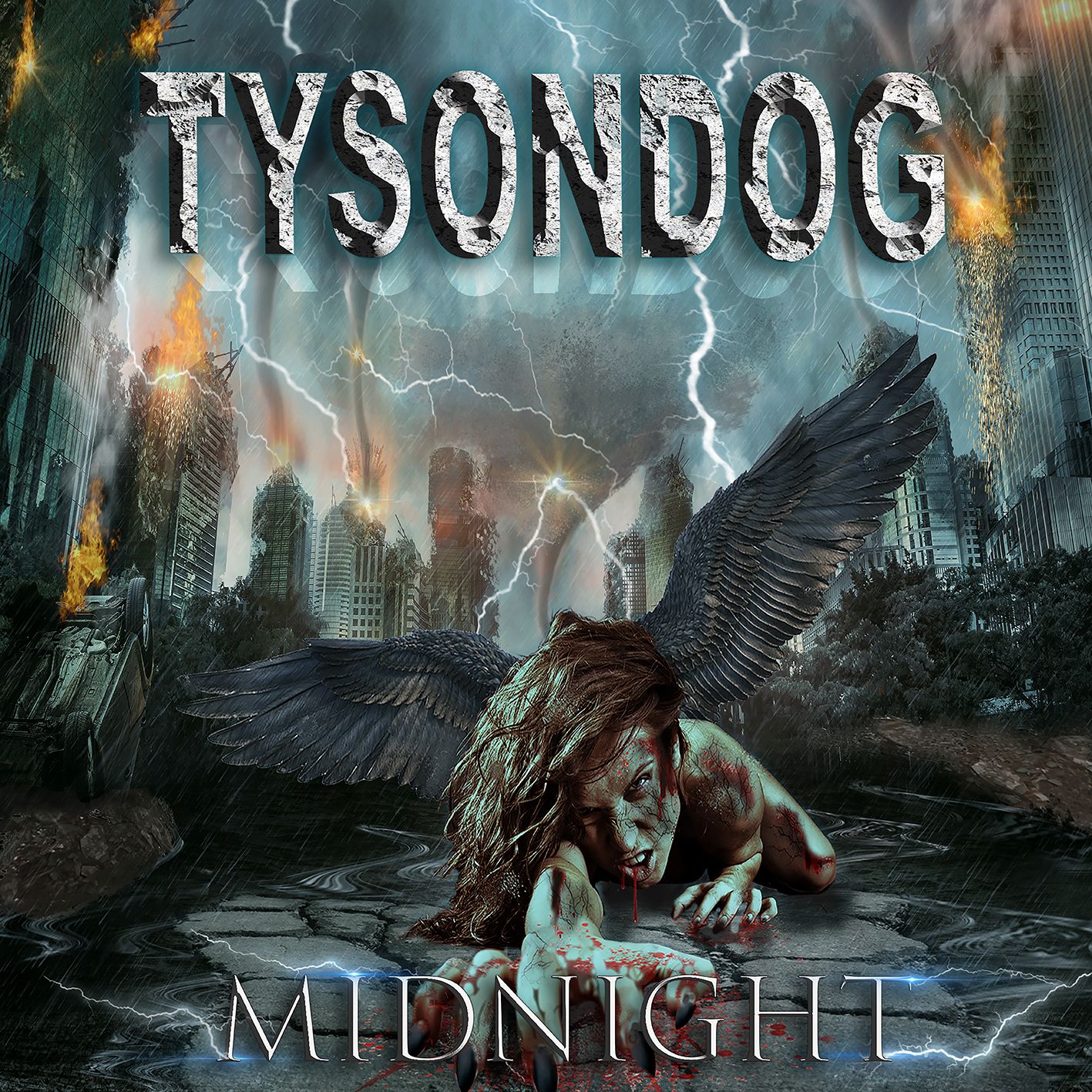 Roughly four years after “Cry Havoc”, the first album in almost three decades from TYSONDOG, the cult NWOBHM band has a new set of songs on their sleeves. “Midnight” is the title of the record, which carries all the elements that made Tysondog such an interesting offer for all those who wanted to dig deeper than the obvious NWOBHM bands back in the day – and find gold.

As the late legend Malcolm Dome (Classic Rock) put it, “This is a band who represent the true spirit and ethos of NWOBHM – and many years on from this particular movement, people the world over are still desperate to find out the minutiae of the genre. And it’s great to be able to listen once more to their album, providing that an absence of ability wasn’t to blame for their failure to make it to a higher level. So here’s to Tysondog, a band who came, who saw, who never conquered, but had a good time getting close. If you’ve never heard them before, enjoy the music. It’s worth checking out”.

Back in 1984 the likes of Malcolm Dome, Geoff Barton & Dante Bonutto were tipping Tysondog for major success, emerging at that time from the force that had become known as the New Wave Of British Heavy Metal. One way or another, the fates conspired to deprive Tysondog of the international fame that so many thought they were destined for and in time the band disappeared from the limelight.

Back in the day, Tysondog “could have been a contender”, as Marlon Brando once said. The five-piece from Tyne & Wear collectively had one eye on Judas Priest and the other nine on producing classy Eighties British metal, and their no-nonsense approach was showcased on two cracking albums, two singles and an EP before they took a one-way trip to the vets. They re-appeared in 2012 with a new four-tracker “Hammerhead”, and with Jeff (Mantas) Dunn sitting behind the glass they ventured back into the studio in 2014 and re-emerged with “Cry Havoc”, their first full album in almost 30 years.

Tysondog’s rich history was not forgotten & having re-started their engines, they have gradually worked their way back with a new perspective on life and, happy to see that people were, taking major notice, the band recorded “Midnight”, also signing to Danish label From The Vaults.

“Midnight” is out now on LP (transparent red/black vinyl, limited to 300 copies), CD and digital formats.