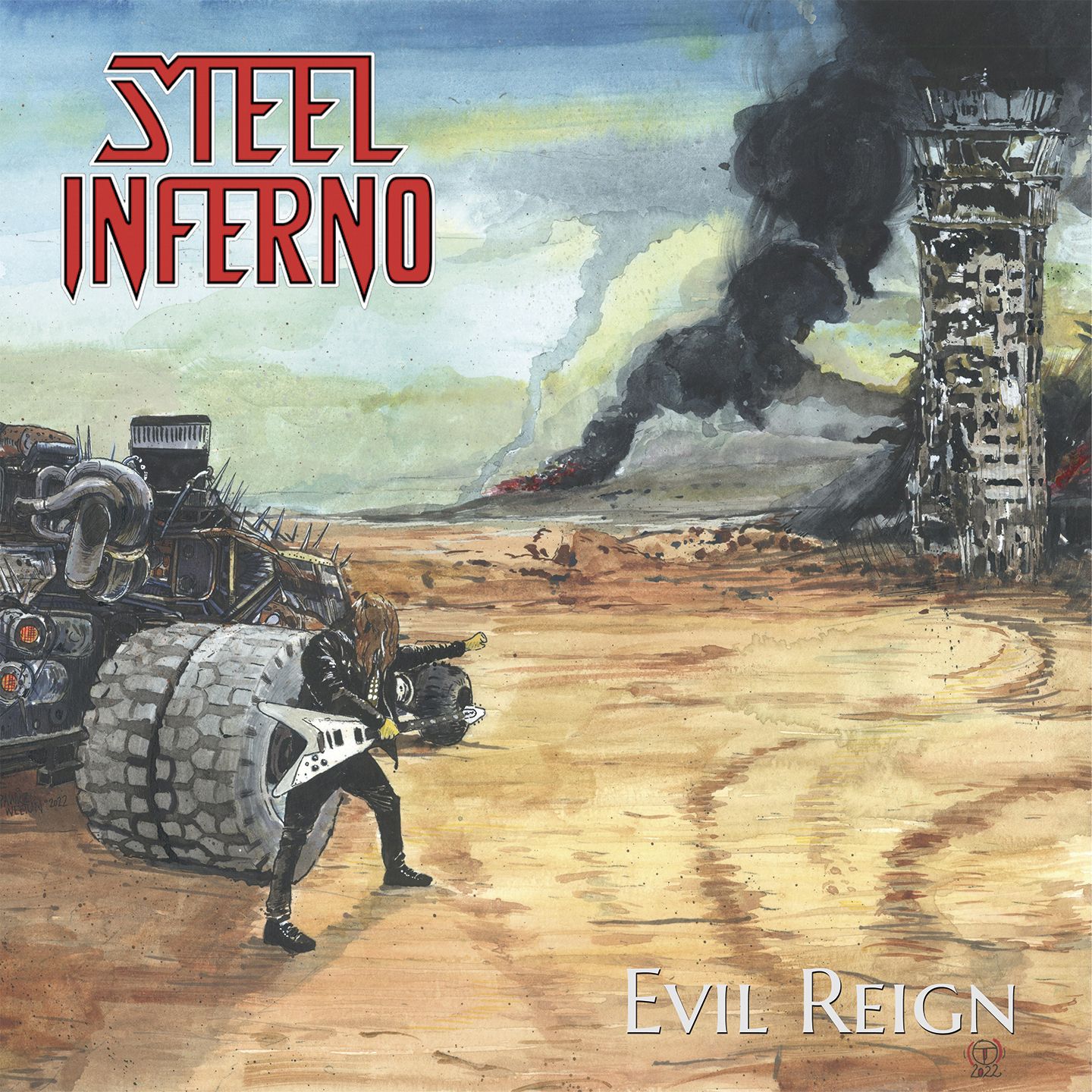 Denmark has a thing or two to say about traditional heavy metal and hard rock. As the nation that gave birth to bands such as Mercyful Fate, Artillery, and Pretty Maids, the steel seems to be strong in the country’s soil. Steel Inferno is one of the latest offerings in this line of succession. The raging speed metal machinery from Copenhagen has been, in the last decade, among the local frontrunners in the new resurging wave of traditional heavy metal.

And now the band’s third full-length album “Evil Reign”, is unleashed. It features a handful of ferocious metal assaults that leaves no listener spared. The collective appeals in an irresistible manner to fans of classic metal in the vein of Agent Steel, early Slayer, and Overkill and to everyone who is into speed and intensity mixed with a sense of malicious melody. With a timeless production made in Angioni Studios by Marco Angioni (Tygers Of Pan Tang, Iron Fire, Meridian), “Evil Reign” is the heavy/speed metal battlecry of 2022.

Steel Inferno was formed in 2012 and has since its formation released two full-length albums: “Aesthetics of Decay” in 2016 and “…And the Earth Stood Still” in 2020.

In 2020 the band joined forces with a new singer – Chris Rostoff – and while the world was shut down the band started to write new songs. The band then signed with From The Vaults in 2021 and entered Angioni Studios in early 2022. The result is the album “Evil Reign” which takes the band in a slightly different direction. If the Steel Inferno’s early material was akin to European metal like early Accept and Judas Priest, the newer material is closer to some of the earliest US power metal bands such as Helstar and Jag Panzer – all mixed with a fundamental inspiration from early thrash and speed metal.

“Evil Reign” is out now on digital, CD, and LP (black vinyl, limited to 300 units) via From The Vaults.