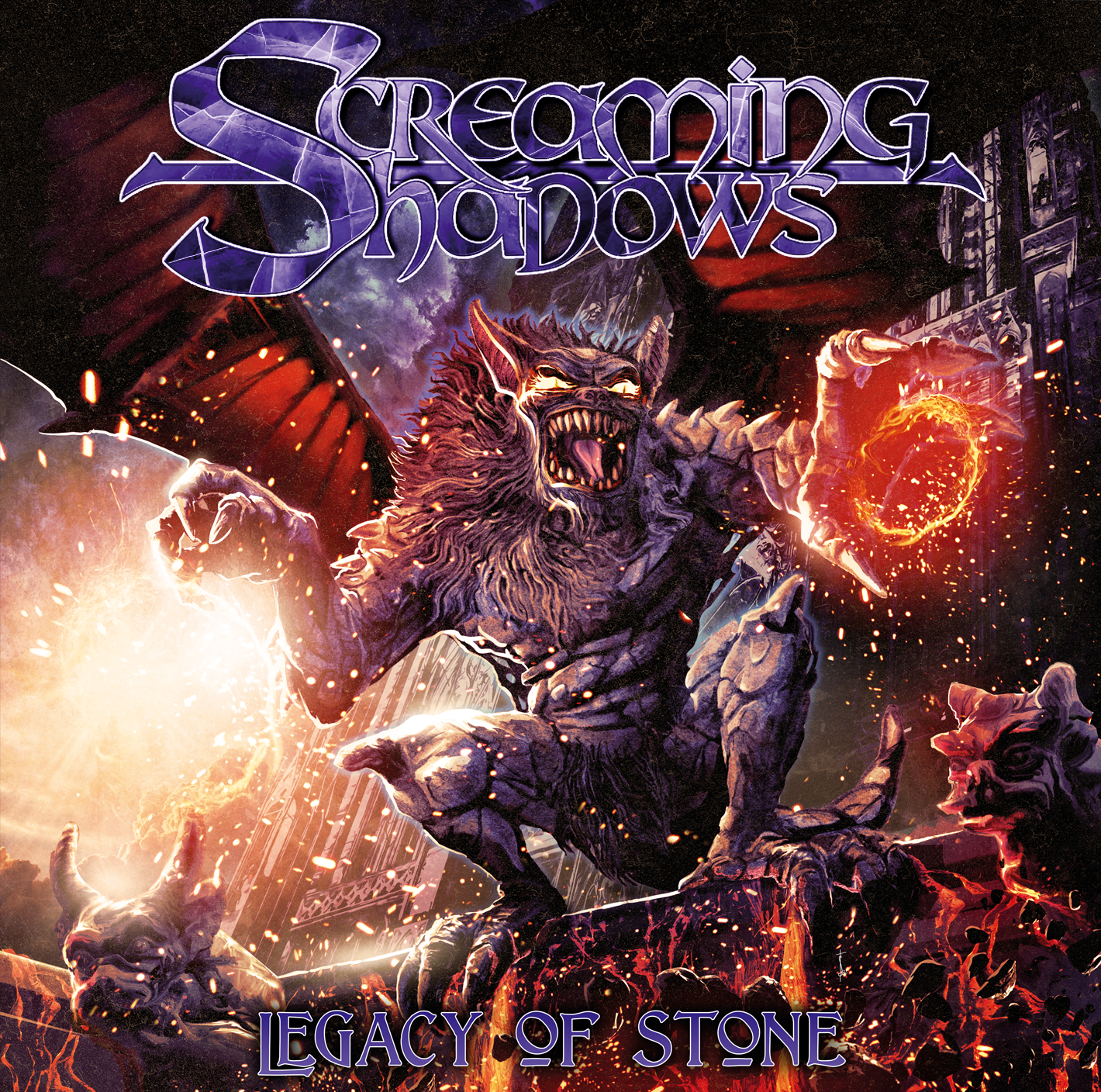 European heavy/power metal, with its strong melodies, big chorus, heavy riffs and bulletproof musicianship, is one of the most recognisable styles in metal. With roots back in the metal gods Iron Maiden, Rainbow and Judas Priest, the style morphed, evolved and developed throughout the years, producing new stars to the constellation (Avantasia, Rhapsody, Sabaton, to name just a few), but never really lost its soul and essence. This is the world where international act SCREAMING SHADOWS move.

With four strong albums in their back-catalog, the band led by Tygers Of Pan Tang guitarist Francesco Marras is back with one of its strongest offerings yet: “Legacy Of Stone”. A powerful set of songs that embrace the true heavy metal and NWOBHM influences of the past, but delivers them with a cutting-edge musical sharpness and a clear punch in production. Clearly, one of the best heavy/power metal records in 2021.

“Legacy Of Stone” is available now in digital, LP, and CD formats via From The Vaults. 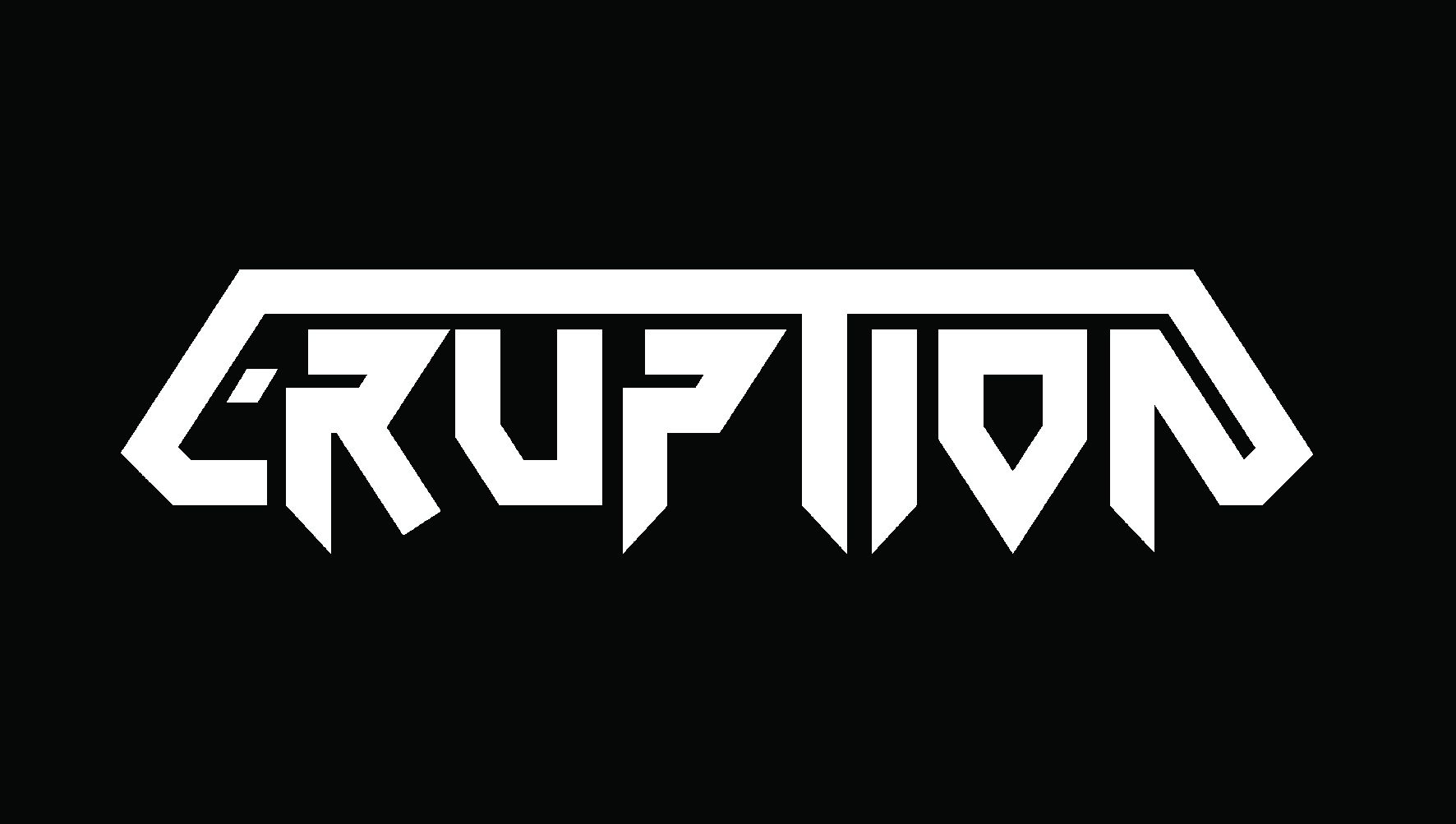 Written by Fernando on April 19, 2021. Posted in Artist. Leave a Comment

Formed in late 2004, Eruption is a thrash metal band from Ljubljana, Slovenia. Throughout the years, the band has always kept fast, guitar-based and infectiously melodic metal as their mission statement, culminating in the releases of “Lifeless Paradise” in 2009, “Tenses Collide” in 2012 and “Cloaks Of Oblivion” in 2017. These three full-lengths, accompanied by 2014’s “Live Transmissions” EP, saw the band explore classic machine gun Thrash riffing accompanied by the soaring melodic vocals and sci-fi musings of vocalist Klemen Kalin.

The energetic blend of influences allowed the band to present its music in a dynamic, furious stage show that saw Eruption share the stage with names such as Nuclear Assault and D.R.I, perform on the main stage of festivals such as MetalDays and Underwall as well as garner excellent live responses from Serbia to Germany. 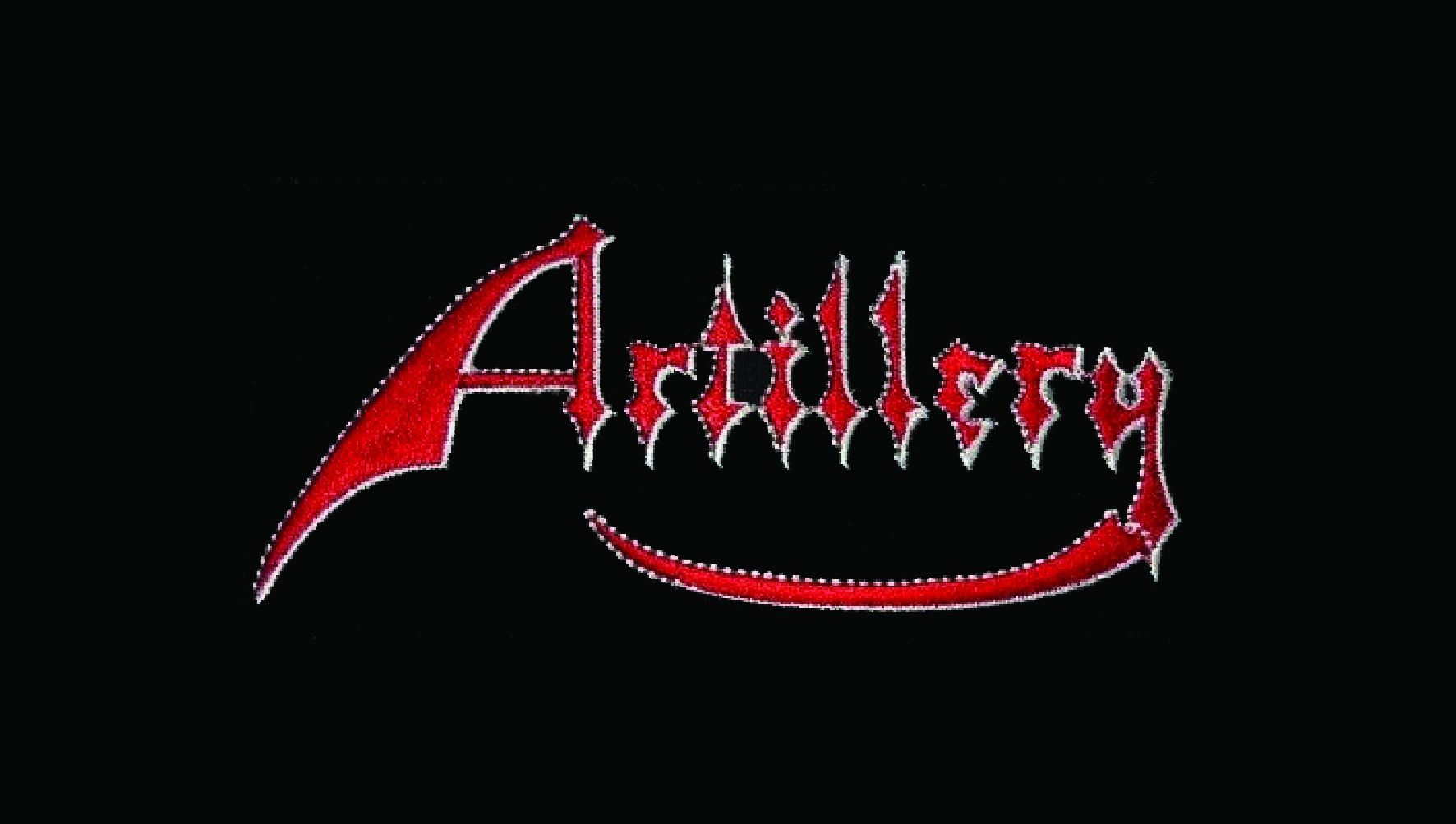 In the mid-1980s, Denmark’s Artillery established themselves as being at the cutting edge of the thrash movement, and nearly forty years later, they continue to destroy. Coming from the suburbs of Copenhagen, the band spent the early 80’s defining their sound and changing members until their debut “Fear Of Tomorrow” was released in 1985 by neat records by the classic line-up of Flemming Rönsdorf (vocals), Michael Stützer (lead guitar), Jørgen Sandau (rhythm guitar), Morten Stützer (bass) and Carsten Nielsen (drums).

Two more albums – “Terror Squad” (1987) and “By Inheritance” (1990) – were recorded until the band eventually disbanded in 1993, by then already hailed as one of the major thrash forces in Europe and the main band in Scandinavia playing the genre.

After a brief return in 1999 with the album “B.A.C.K.”, Artillery went dormant again, before it resurfaced the scene in 2009 with the album “When Death Comes”. By then, the Stützer brothers were well solid as the guitar duo and the drummer Carsten Nilsen was the other surviving member of the classic line-up. The band was completed by vocalist Søren Adamsen and bassist Peter Thorslund. From that point on, Artillery got the thrashing machine moving full-speed again, with one new album released roughly every two years, until the recent “X”. However, the band’s road was also struck by tragedy, when Morten Stützer died in October 2019 due to a blood clot.

Nowadays, Artillery is one of the oldest and most respected bands in the thrash scene, refusing to give in to any modernity or sound changing, but always evolving and finding new ways to thrash and shoot down watery metal trends. 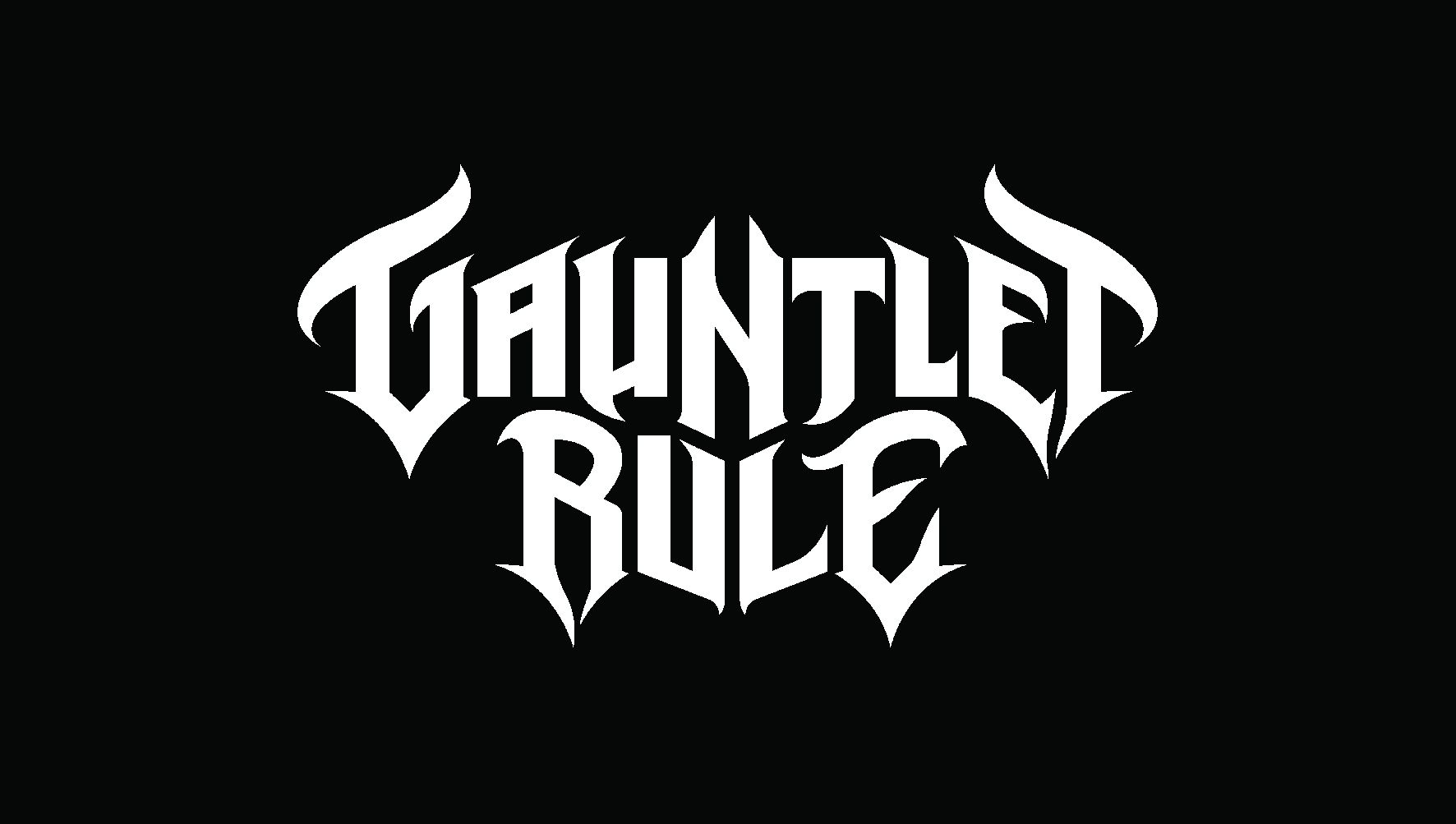 Gauntlet Rule was formed in 2019 by guitarist Rogga Johansson (Paganizer, Massacre) and bassist Peter Svensson (Assassin’s Blade, Void Moon) with the intent of creating timeless heavy metal. The line up was completed by vocalist Teddy Möller (Loch Vostok). Despite of, or maybe because of, the style of Gauntlet Rule being a huge departure from the styles of Johansson’s and Möller’s main bands, the band manages to create an original sounding record yet maintain all the trademarks of classic metal. The songs range from speed metal to almost doom metal, but the focus on fist-pumping heavy metal is never let go. The foundation of the songs is the unrelenting riffing of the riffmaster Johansson, backed by the tight and sometimes adventurous rhythm section of Svensson and guest drummer Lars Demoké. The massive vocals of Möller set the tone for the journey through the landscapes of “The Plague Court”. Lyrical themes include horror stories, war, internal struggles, and supernatural concepts ; sometimes several of the themes in one song.

“The Plague Court” marks the first release by Gauntlet Rule, but already new material is being worked on. While real gigs are impossible at the moment, the band is working hard to be at the top of their game once touring can resume.

The album also features the excellent vocal talents of two guest vocalists; Blaze Bayley (ex-Iron Maiden) lends his world-class pipes to the track “Dying for My Dreams”, to which he also contributed additional vocal arrangements and lyrical adjustments. The other vocalist is Lorraine Gill from cult US Metal band Taist of Iron, she adds her haunting yet powerful vocals to the track “A Choir of Angels”. 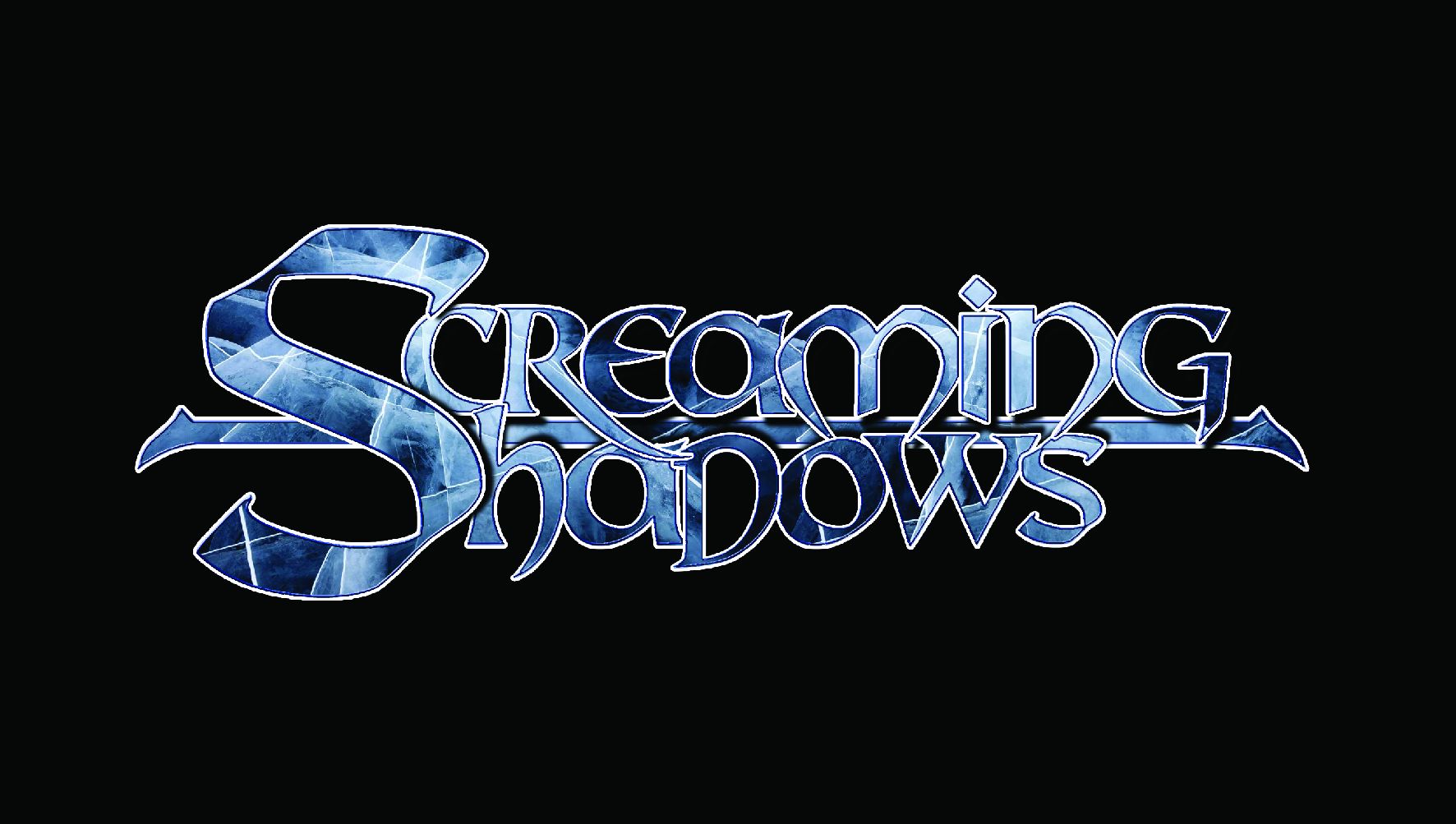 Screaming Shadows is an Italian metal band from Sardinia founded in 1999 by guitarist Francesco Marras. After a demo tape and a mini-cd, in 2003 the band released, as self-produced record, the first full-length entitled “Behind the Mask”.

In 2006 they signed their first record deal with the new born Italian label My Graveyard Productions and released the albums “In The Name Of God” in 2006 and “New Era Of Shadows” in 2009. Both received a good feedback from magazines and webzines.

After many concerts in Sardinia, Italy and U.K., in 2011 the band released the album entitled “Night Keeper”, with the Italian label Jolly Roger Records. In this album many important musicians of the Italian musical scene were involved, such as Alessandro Del Vecchio, Mattia Stancioiu, Pier Gonella, and many more.

In 2021 the band led by Tygers Of Pan Tang guitarist Francesco Marras is back with one of its strongest offerings yet: “Legacy Of Stone”, which will be released on November 12th. A powerful set of songs that embrace the true heavy metal and NWOBHM influences of the past, but delivers them with a cutting-edge musical sharpness and a clear punch in production. Clearly, one of the best heavy/power metal records in 2021. 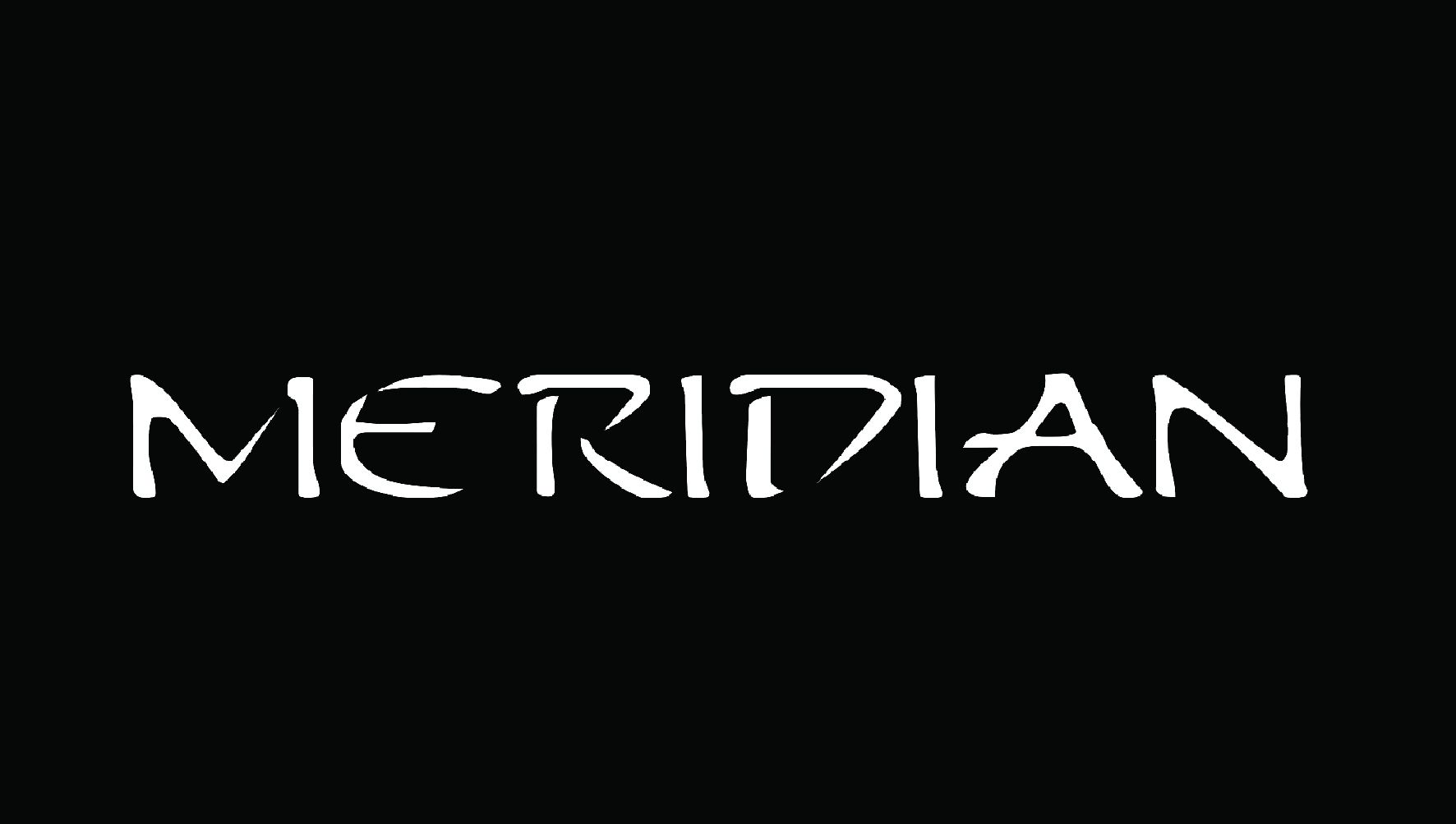 Meridian is a melodic heavy metal band. It all started when drummer Klaus Agerbo and bassist Peter Bruun meet in Esbjerg, Denmark, and soon find that they share a great passion for old-school 80’s heavy metal. They decide to start a band based on that style and, joined by guitarist Søren Steffensen, the trio starts jamming old 80’s metal stuff. Singer Lars Märker joins the band in 2006, starting out playing rhythm guitar as well. This completed lineup starts writing their own songs, and quickly develop a clear musical profile. – Classical heavy metal with power and melody.

Two EPs were released in 2007 and 2009, while Meridian adjusted their line-up. In 2012 a huge leap was made when guitarist Martin J. Andersen joined the band. At the same, time the debut album started to take shape. The release came in 2013, with the title “Metallurgy”. “Breaking The Surface”, their second offering, was out in 2016 and it featured new guitar player Marco Angioni, who revealed himself as a pivotal member of the band, having also producer competencies. In 2019, Meridian’s third studio album “Margin Of Error” was released much to great fans and press appraisal. A year later, the Danish five-piece paid tribute to their influences with the cover EP aptly titled “Taking Cover”. A kind of formal ending for the first period in Meridian’s career and, while the future looks bright for the Danish band, they’re already an established powerhouse in European classic and melodic heavy/power metal. 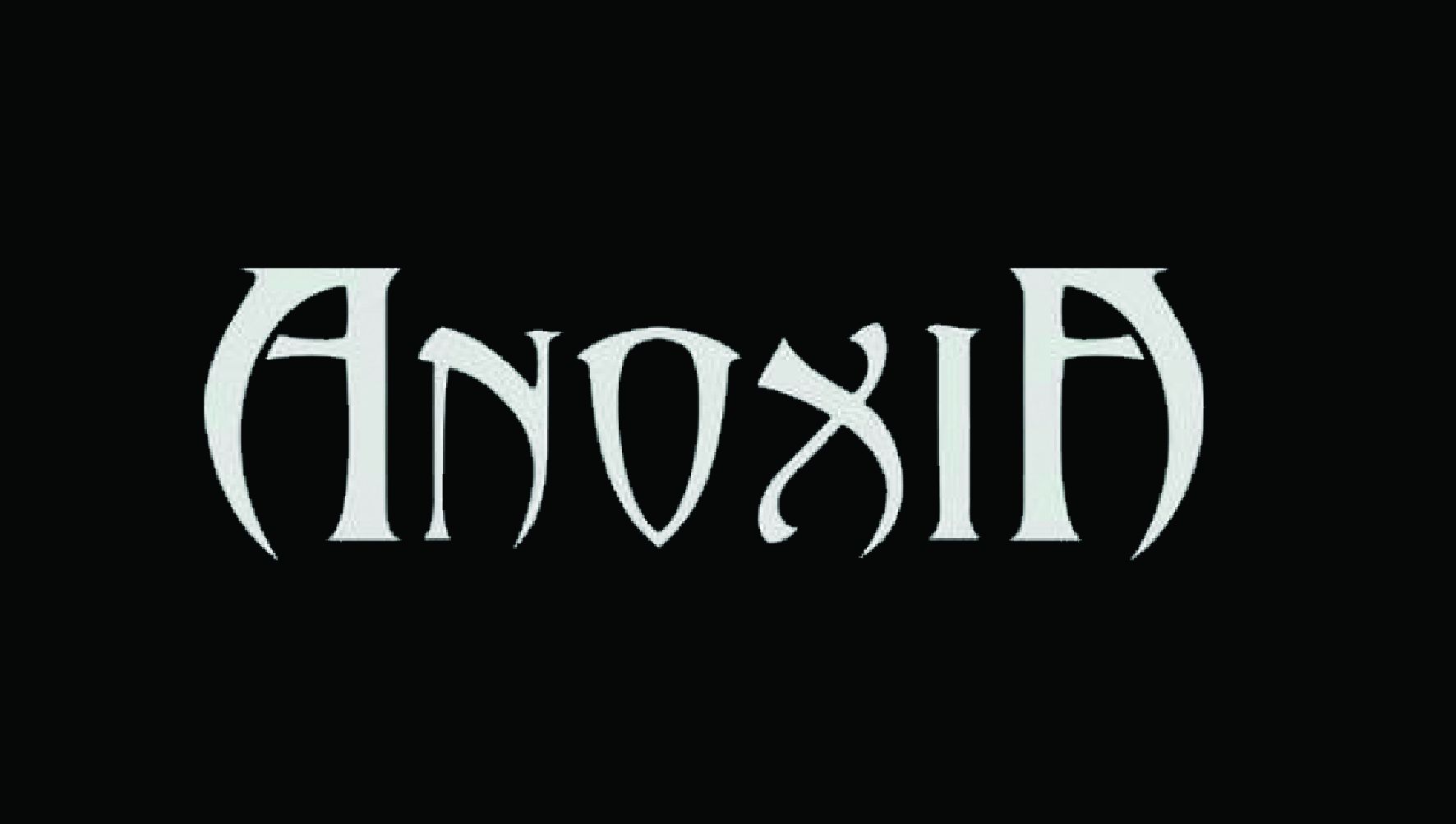 AnoxiA is a well-established act on the Danish underground live metal scene, their longevity dating back 20+ years. Hell bent on having fun during performance, AnoxiA approaches any gig fully charged, sincerely convinced that in order for the audience to enjoy, the band must enjoy.

In 2003 the group from Nyborg released its unofficial debut album “Melanchollision”, after two demos unleashed in the three years before. 3 years later, the EP “Kept In Sin” made AnoxiA a solid part of the Danish metal scene.
The band finally unleashed the album “A Lapdance For The Devil” in 2010, their first one for Mighty Music. International recognition was waiting for them, as well as a strong road activity.

Never a band in a rush, AnoxiA made their growing fanbase wait a few more years before “To The Lions”, their 2019 full-length album, saw the light of day. But the wait was totally compensated with an old-school heavy metal record – melodic, yet hardhitting and thrashy at times. At times even a modern twist sneaks in. The songs are carved around strong riffing a wide array of vocal variation, supporting the musical landscapes. 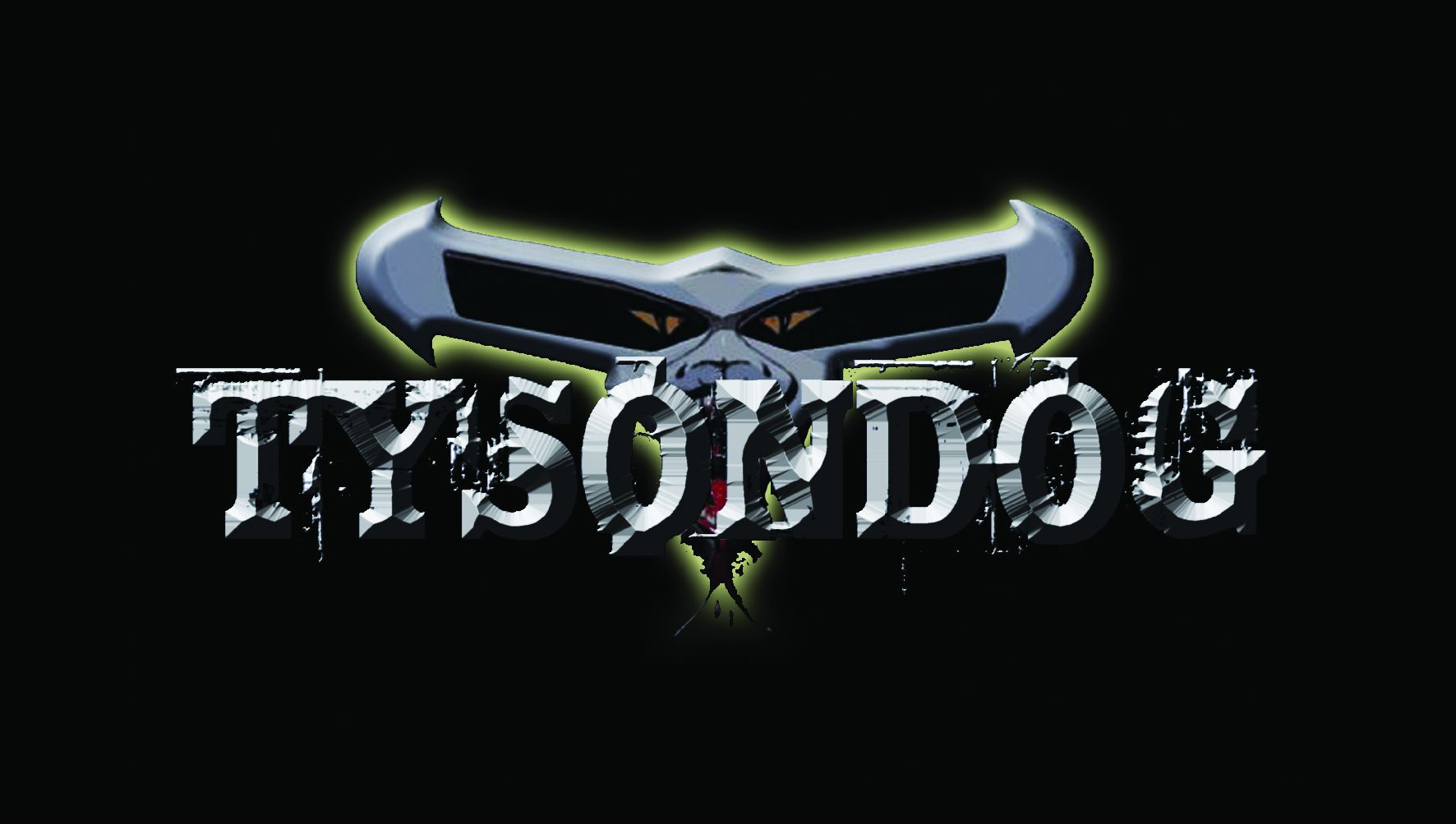 Tysondog hail from Newcastle in the UK. Established in 1982 during the NWOBHM boom and signed to Neat records in 1984, Tysondog grew in popularity as a heavy metal band giving them the name and status they truey deserved.

Of all the New Wave of British Heavy Metal hopefuls to sign with Neat Records in the early ’80s, Tysondog were among the most mindful of commercial metal trends, but like most of their labelmates, widespread success would elude them in the end. Alan Hunter (guitar/vocals), Paul Burdis (guitar), and Kevin Wynn (bass) were all bit players in northern England’s highly incestuous but vibrant club scene when they formed the axis of what would become Tysondog (initially using the name “Orchrist”) around 1982.  The new group signed with nearby metal label Neat, secured the services of singer Clutch Carruthers and drummer Peter Reeve, and proceeded to record their first single, “Eat the Rich,” in 1983. Albums “Beware Of The Dog” (1984) and “Crimes Of Insanity” were released and things seemed to be back on track for Tysondog, but much of their building momentum would soon to be squandered when Carruthers was sidelined by a serious car crash, and his resulting health issues.

Tysondog regrouped again in 2008 and after a few years passed seen the departure of Rob Walker on drums and Alan Hunter on Guitar, they were  replaced by Philip Brewis and Steven Morrison.

In 2018 a shock arrived in the news of retiring frontman Clutch Carruthers leaving because of health issues,

his spot was filled by French rocker Bill Kendama who helped out with great performances all over the UK and Europe. With the help of Clutch a new album, entitled “Midnight” was recorded and is ready to be released .

This records will be dedicated to great friend and road manager Danny Stephenson, who they lost in 2020.